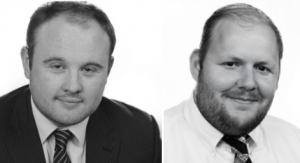 In a bid to battle the bulge Carl Dutton and Dave Langford embarked on a weight loss initiative starting at the beginning of January for 10 weeks where employees pledged money (£s) for every pound (lb) they lost.  The money was raised for the British Heart Foundation who promote being active, eating healthily and having a support network as 3 key items to help prevent heart disease.

With weekly nail-biting weigh-ins, some ups and downs along the way and much encouragement from colleagues,  we are pleased to announce the final amount raised in support of the British Heart Foundation—is £256.05.

Along with our charity day at the office earlier in the quarter the total raised for the BHF this quarter is an amazing £436.65!

Thank you to everyone who sponsored the dashing duo, and to Carl and Dave for taking part for such a great cause.