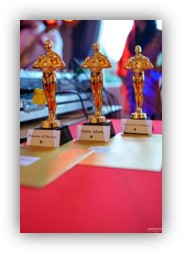 At the end of our Financial Year, the Senior Leadership Team meet to determine the winners of our Core Values Awards.  Nominations are drawn from the year’s peer nominations for each Core Value.  Winners are not only chosen based on the number of nominations received, but more specifically the reasons cited for their recognition.

We presented our Core Values awards at our End of Year Celebrations at the Queen’s Hotel, Southsea. 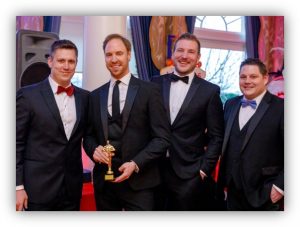 Senior Associate Ben Westcott from Compass Executives was presented with the award for Delivery of Service.  Ben epitomises delivery of service for what we are trying to achieve as a business and is an example to Compass Holding Group as a whole when it comes to going the extra mile. 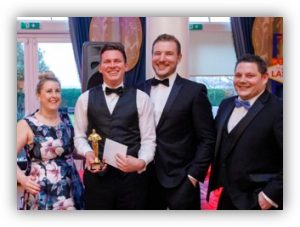 Divisional Manager Pete Griffiths was awarded for his contribution to Team Work.  Pete has taken a central role, based on his own initiative to lead the onboarding process of new starters to the business.  Integration within Compass Associates is of paramount importance and Pete has been recognised numerous times by colleagues for his friendly, warm and approachable demeanour. 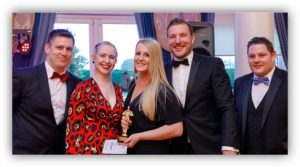 Senior Consultant Rachel Eggelton took home the award for her Professionalism and Integrity.  Rachel received a significant number of nominations for her hard work, determination and professionalism.  Rachel also received many outstanding testimonials from candidates and clients in relation to her work. 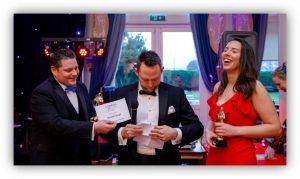 We had double winners for the Professional Development category with Divisional Manager Gareth Guyll and HR Manager Cassie Pay receiving the award.  Gareth excelled this year with every challenge put in front of him.  Whilst he has been recognised by the Senior Leadership Team in the form of his promotion, his peers made nominations within his category too, highlighting his development across the last year.  Cassie has again challenged herself this year taking on new projects to develop her skills alongside completing her CIPD Level 3 and starting her Level 5.  External studying requires significant commitment outside of work hours.  Whilst Cassie has been promoted this year in recognition of her professional development, this year she also received multiple nominations across the business for this category. 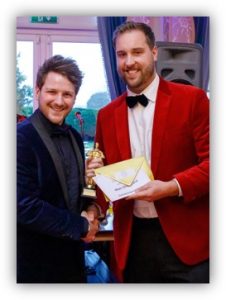 Senior Consultant Matt Sheppard won the award for his Entrepreneurial Spirit.  An early starter, securing the top spot for client and candidate meetings and having unrivalled enthusiasm for his work are some of the many reasons Matt won this award.  His first class business development resulted in some of the most impressive results group wide. 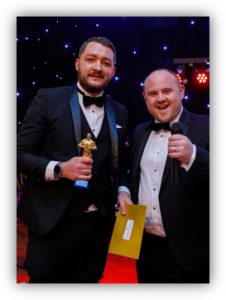 Our final Core Value award was presented to Divisional Manager Stuart Cousins for his Flexibility and Adaptability.  Stuart has consistently demonstrated the ability to work closely with key clients in shaping service offerings around their specific needs.  He has worked impressively to develop consultative, hand in hand relationships with decision makers.  This aptitude has helped result in the generation of multiple long term, sustainable partnerships for the General Healthcare division to deliver on. 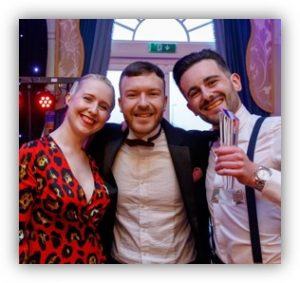 The awards concluded with the presentation of our Rising Star Award which was presented to Senior Consultant Benedict Warnes.  Benedict has had an incredible first year in recruitment, demonstrated a strong work ethic and also completed his Level 3 Certificate in Recruitment Practice. Well done Benedict!

“Our Core Values guide how we behave, internally, and with our candidates and clients.  As part of our peer recognition scheme, employees have been nominating colleagues all year when they see behaviour aligned to our values, which has been wonderful to see and read about over the course of the year.  As a management team, we want to formally recognise those employees who have consistently demonstrated their alignment to our values and this year’s winners have certainly done that. Congratulations to Ben, Pete, Rachel, Gareth, Cassie, Stuart and Matt for their well-deserved wins!” – Kate Fairbrother, Director of HR & Communications

Congratulations to all of our award winners and nominees.