A treasure hunt for End of Quarter

For the last few years our Autumn End of Quarter we have enjoyed a team based activity.  This year, instead of our traditional trip to the bowling alley, we took things outside with a GPS based Treasure Hunt!

The company were split into teams of three and tasked with completing a spy themed Treasure Hunt (supplied by GPS Hunts) in the Portsmouth area within two hours.  The weather had been rather unpredictable in the week leading up to the day however, the two hours of the hunt remained dry.

Teams were dispatched to different start points in the Gunwharf Quays area and as soon as the hunt went ‘live’, the teams could start searching for clues and answering questions.  Enthusiasm and excitement was high, especially when teams discovered the ‘attacks’ they could make on other teams in a tactical bid to gain more points!

The rain managed to hold off but the wind got stronger just in time for the finish at the Spice Island Inn.  Well done to our winning team of HR Manager Cassie Pay, Administrator for CCS Amy Hook and Ben Brown, Consultant from our Life Sciences division. 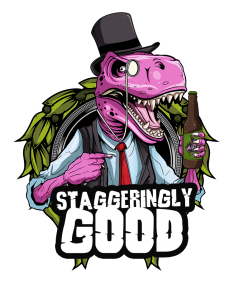 In the evening, we headed to local brewery, Staggeringly Good, who hosted our event in their ‘House of Rapture‘.  Employees had the chance to sample some of their unique beers and ales to the sounds of DJ Charlie.  When hunger struck, Ed’s Bangers were there for the rumbling tummies, with their signature ‘bangers’ wrapped in Yorkshire puddings with lashings of onion gravy.

A great day and night was enjoyed by all.  We look forward to our next celebration at Christmas.